Versioning, also known as revision control, is the management of changes to documents and other information stored in a file system or repository.

The main goal of versioning is to prevent information from being overwritten or deleted during everyday work with documents. Changes are kept track of, and a mechanism is offered to restore a particular document to a previous version.

The versioning system of sensenet also provides mechanisms for keeping the published version of a document under heavy editing visible to outside users, while you continue to work on the latest, draft version.

In sensenet, versioning is disabled by default. It can be enabled for folders or content lists, by setting the value of the Versioning Mode field. Subfolders inherit versioning settings by default.

sensenet also introduces a basic approval functionality. Regardless of the versioning mode in use, approval can be enabled to control changes.

If approval is required for a certain Content, after changes has been made to the document, the system creates a version labeled ‘Pending for approval’. This version is visible only for administrators and users who have permission to Approve or Reject it. If the Content is approved, its version number is bumped according to the versioning mode, and gets the A (“approved”) flag. 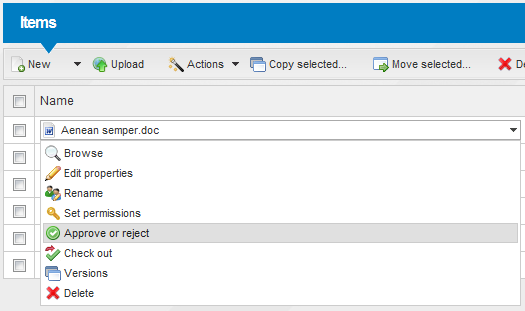 Visitors in general are only allowed to view the last public versions of a content. This is controlled by the Open minor permissions: a user who does not possess the open minor permission for a content will only see the last public version of a content, and will never see any changes that correspond to a draft version or that are not yet approved. The other important thing here to bear in mind is that if a document gets rejected it does not mean that the document is not visible for the public. It only means that the last version that was rejected will not be visible to the public. So for example:

Content in the Repository can have several non-numeric version states:

After a user finished editing a Content, the major version number is bumped by default: eg. 1.0 becomes 2.0. This means the new version is automatically published, and will be served to all users requesting the content in question.

In this mode, saving a Content bumps its minor version number. Content with minor version (for example 1.2, 3.5, anything but x.0) are considered working versions, and aren’t served to guest users - they get the latest major version instead. (Eg. if a document’s latest version is 5.4D, guest users will be served 5.0A, the latest public version.) In this versioning mode, bumping the major version and thus publishing the changes can be done by pressing the Publish button.

Check out and Check in

You may have already had trouble with scenarios where both you and a colleague were making changes to the same document on a corporate file server. If you saved first, and your colleague second, all your changes were overwritten and lost. The Check out / Check in locking mechanism is intended to prevent such problems.

Before making changes to a Content, you can - and indeed, should, if you are working in a multi-user, production environment - Check the Content out. This acts as a write lock, enabling other users to access it for reading, but not for modifications. 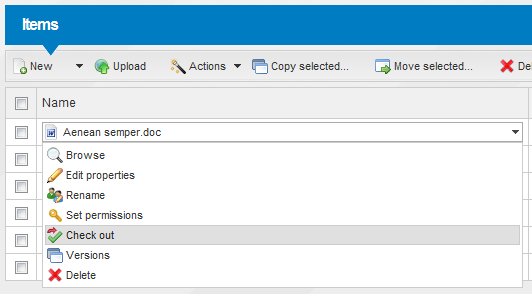 You may save several times during work, and Check in when you are done, lifting the lock.

In None and Major only versioning modes, Checking out also provides a way to separate the working version of a Content from the public version. Guest users will see the Content’s previous state (before it has been Checked out), until the changes have been Checked in.

If you checked out a content, edited it, but decide to drop your changes, you can do so by pressing the Undo changes button. This reverts the content to the state before you checked it out.

Administrators can have a Force undo changes permission. This means they can drop changes to a locked content made by any other user. This is useful when somebody checked out a content and she cannot check it in for some reason, but the content needs to be edited by somebody else. 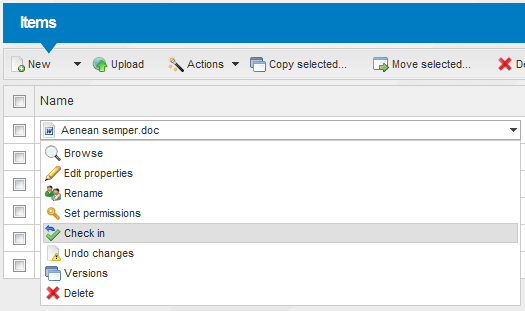 Taking over the lock

As this action is very rare and used only in eceptional cases, it has a special audit log entry:

Developers can access the take over lock feature through the following APIs:

The following tables summarizes the actions you can perform in a particular state of a Content.

You can change versioning or approving mode on any folder or other container type. If you visit the edit page of the folder you’ll find the versioning and approving settings among the advanced fields.

In this section you can see examples of how content version numbers changing if you work with the content. If you want to see the actions you can perform in particular state of a content, check Enabled versioning actions. 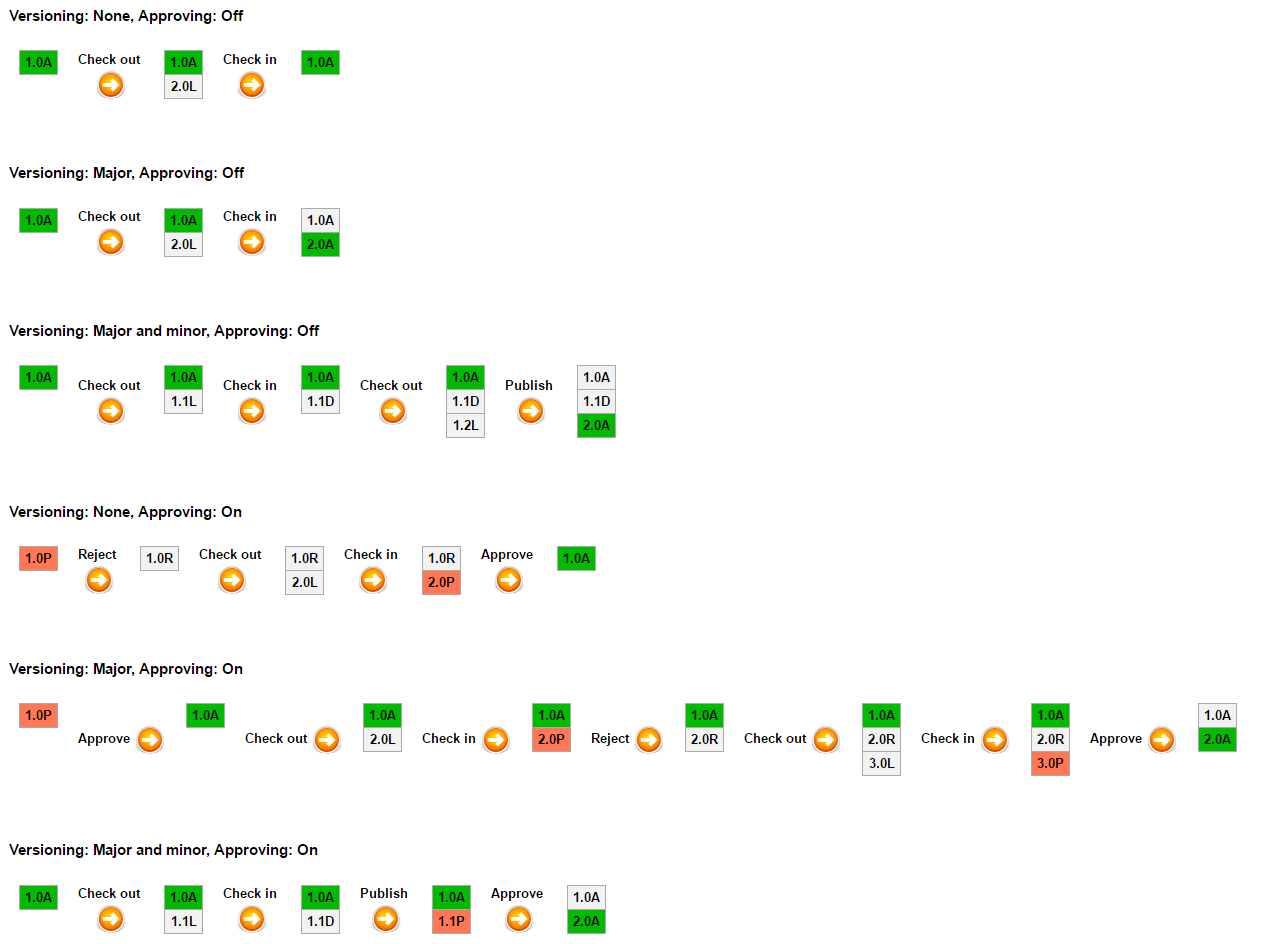 Is something missing? See something that needs fixing? Propose a change here.